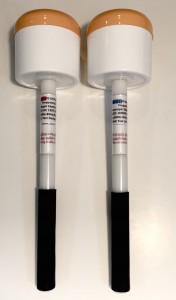 This probe is calibrated per ICNIRP and FCC Occupational Exposure Limits standards.  The deviations from the standards is documented and supplied with each probe.  Calibration is performed at our EMC test lab – all field standards are traceable to UK NPL (United Kingdom National Physical Laboratory). 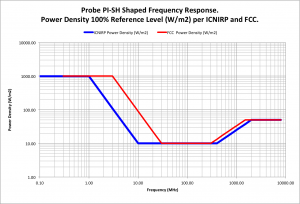 This probe operates with RFP-05M meter. 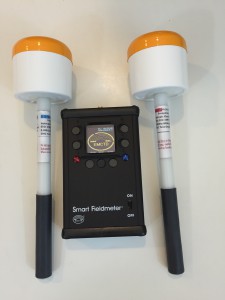 PI-SH probe is designed for RF safety testing.
RF safety testing can be greatly simplified with PI-SH probes.
It produces the results in % of the standard exposure limit and does NOT require the exact knowledge of the radiator frequency.
Due to the near ideal power linearity this probe also produces correct power measurement in case of multiple radiators – the situation typical for the antenna sites.